A fascinating thing about catfish is that they contain over 250,000 tastes buds on their body. That allows them to sample the water and pick up a trace compound in 10 billion parts of water, so you would think that fishermen would have no trouble snagging them left and right. Unfortunately, these fish are also stubborn, so fishermen often have to try out different baits before they find the right one.

Anyone wanting to catch these magnificent bottom dwellers is going to want to put together a strategy and buy the best bait possible. To help fellow fisherman with that endeavor, we’ve done research and have come up with the ten best catfish baits currently available. Any one of the following baits is sure to not only catch the attention of these fish but also compel them to bite, thereby increasing the number of catfish you catch in a day.

Even though this product is designed for panfish species, and does an incredible job of attracting those fish, it’s also a great bait for attracting other fish species. What we found to be surprising about this product, however, was that it was a really good bait to use for attracting catfish as well. Its yellow color seems to catch the attention of catfish, and it does it without the powerfully noxious smell that most of the best catfish baits tend to produce. That makes it a great choice for any fishermen and can be used for everything from cane fishing to bobber fishing or even jug lines.

These artificial maggots are not only designed to replicated the fish catching ability of live bait but is designed to surpass live bait’s performance. That’s because it’s packed with hundreds of scent attractants that make it a better catfish attractant than plastic baits and it has a lifelike appearance that looks like real maggots. It can be used for a variety of fishing methods and will produce incredible results every time it’s used. In studies performed by the company, this bait was able to pull in twice as many catfish as live baits were capable of doing.

Anyone who has used earthworms to catch catfish knows that they can be pretty effective, but these fake earthworms can do an even better job. These artificial earthworms are formulated with a special scent formula that makes them pretty attractive to catfish, although they do tend to stink quite a bit. They can be used for a variety of fishing methods, and can not only be used to catch catfish but can also be used to catch other fish species as well. And because special care is put into creating this bait, it’s 100% biodegradable, so fishermen don’t have to worry about it polluting their favorite lake, river or stream.

Shad worms are used quite effectively to catch catfish, and that’s the reason why many professional fishermen use them. However, not every fisherman wants to use them for one reason or another. That’s why this product is so popular. It’s a shad worm alternative that doesn’t contain any fish tissue, extracts or fish oils but is designed to provide the same effect as shad worms. Each bag contains two 5/8-inch by 13-inch strips that can easily be cut down using a pair of ordinary scissors. When properly used, this bait will get the fish biting and is 100% biodegradable as well.

Fishermen have been known to use a variety of different scent products to enhance their baits and make them more attractive to catfish. We’ve seen everything from garlic and beef or chicken blood used to certain household chemicals. However, probably one of the most effective scent combinations is the one that’s in this bait. It’s designed with a combination of chicken blood and anise, a combination that’s surprising works extremely well to capture the attention of catfish. Each 10-ounce bag contains prepared dough baits that release this scent into the water and get the catfish biting right away.

When it comes to catching catfish, smelly bait is often the best and there’s probably no bait that’s smellier than Wild Cat Blood Bait. This strong-smelling formula is pre-molded into dough balls that are easy to use on everything from trotlines to cane poles and is designed to create an easy-to-follow chum trail. This product will begin to dissolve in the water and provide the catfish with a roadmap that leads straight back to the person’s fishing bait. This bait is easy to use and comes in zippered bags that can be resealed to preserve the integrity of the bait, and prevent it from drying out.

The problem with many types of baits used for catfishing is that they’re either too sticky straight out of the package or they remain too dry when they’re placed on a hook and introduced to the water. Fortunately, this formula has solved that problem because it’s specifically designed to not be sticky while it’s being placed on a hook, but the moment it hits the water it gets sticky and starts kicking out catfish attractants like wild. This product can be used on a variety of different hooks, including treble and j-hooks, is easy to bait, and creates a chum trail that’s sure to get the fish biting.

Although some people feel the need to use a separate bait for freshwater and saltwater catfish, that isn’t necessary with Magic Big Bite Chicken Blood. That’s because this particular formula can be used for both saltwater and freshwater fishing, and can also be used for a variety of different fishing methods. It doesn’t matter if a person is laying out trotlines or jugs, using a rod and reel, or simply using fishing line tied to a stick because this bait will get the fish biting straight away. This product comes in a large-mouthed plastic container that makes baiting a lot easier, and its formula is designed to stay on bait holders better than many other baits.

This prepared dough bait is made into bite-size cubes that are easy to place on the hook and are extremely attractive to catfish. It’s also made with chicken blood, an ingredient that’s well known for grabbing the attention of any catfish in the area. It also features chemo-sensory attractants that make it all the more irresistible to bottom dwellers. Because of the special way that it’s prepared, this particular product never needs to be refrigerated. And because of its cube shape, it can be used for a variety of different fishing methods including jug lines, trotlines, cane pole fishing or rod and reel fishing.

Mr. Whiskers is a well-made catfish bait that’s prepared in Texas and is the result of years of fishing experience by the manufacturer. It’s designed to repel water better than other baits, and better water repulsion means that the bait stays on the hook a lot better than other product. It also does an incredible job of getting catfish to bite, and that’s because it’s made with real cheese and isn’t made with a bunch of toxic chemicals. This product never needs to be refrigerated, will never harden, and is designed to biodegrade when it’s dropped into water.

Can’t Find What You’re Looking For? Check these suggestions: 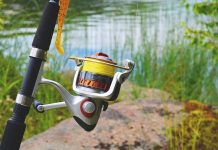 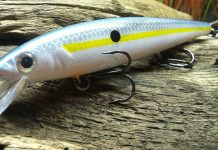 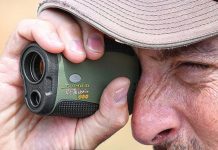 ABOUT US
The Lake And Stars aims to become your 'go to website' for everything outdoors! We hope our professional product reviews help you make better buying decision.
FOLLOW US
© Copyright 2017 - The Lake And Stars Media.